Won and Lost in the Pits

On September 4th, 2016, Kevin Harvick took the lead early at Darlington Motor Speedway for the 300 lap race. Harvick would lead 214 of those laps until a pit stop changed the course of the race. His pit crew made a critical error costing Harvick to leave the pits 7 spots down from the lead. He (and his team) lost the race. Meanwhile, Martin Truex Jr., who said the car was not the best one on the track that night, took advantage with an excellent pit stop propelling him into the lead. Truex Jr. would win that race, his second of the year and first at Darlington. When the race was over, and the smell of rubber had subsided, Truex Jr. was asked what he felt about the race. He said, “The pit crew was flawless tonight, they won us the race.” He credits the win to the pit crew. See video of Truex Jr. after race in victory lane talk about his crew. Harvick however, was in a position where he could only blame his pit crew for losing him the 7 spots and a chance at victory lane. I’ve said it before, and I’ll say it again. Races are won and lost in the pits. That is racing. That is also business. It would be incorrect to say that Truex Jr. did not deserve to win because Harvick had the better car. Just as it would be incorrect to say that you deserve the customer because you have the better product/service. Customers today are more demanding now than at any time in our consumer driven economy. They want quality products, delivered quickly, and at the lowest price. If you don’t cover all three, they will be sure to let you know, and in fact, they will let EVERYONE else know on their favourite social media. Managing that complexity can only come if you manage the people piece of your business effectively. You can build all the efficiencies and systems you want to drive these outcomes, but don’t forget it is the people that have to execute. Your team’s engagement, enthusiasm, skill and agility will determine your long-term success. What strategies do you have in place to ensure your people are constantly learning, getting better, feeling valued, and are clearly rewarded for their efforts? Do you have regular and timely coaching session? People need to know where they stand today, not a year from today. Your customers are expecting high performance, just one small lapse, and they may not be so forgiving. 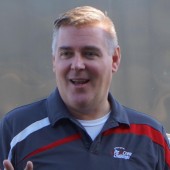